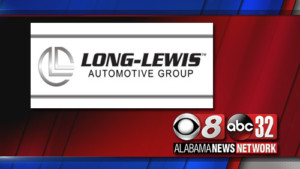 Long-Lewis Automotive Group has announced that it is taking over the Moore-Stewart Ford and Honda dealerships in Selma, effective immediately.  The dealerships will now be known as Long-Lewis of Selma, with the change in signage expected to take place tomorrow.

Long-Lewis is Alabama’s oldest car dealership owner, beginning in 1889 as a hardware store in Bessemer. It became a Ford dealer in 1915 when Henry Ford began granting franchises. In a release, the company says it’s by far the largest car retailer in the state.

“As a Selma native, I am extremely excited and humbled to have the opportunity to expand the Long-Lewis family into my hometown,” Long-Lewis Automotive Group President/CEO Toff Ouellette said in a statement.

Long-Lewis says it plans to remodel and expand the Ford dealership in Selma and add a quick oil change facility.

Long-Lewis already owns the Mitsubishi dealership in Montgomery as well as the Ford dealership in Prattville. It has other locations elsewhere in the state.