They support the people protesting the Galleria Mall police shooting.

The ministers recorded a video reading a statement of support for the protestors. They describe it as a “call for restorative justice”. They are updating an action by eight white Birmingham ministers in April of 1963 who told Dr. Martin Luther King and other civil rights protestors to be patient. That letter prompted King’s famous Letter from a Birmingham City Jail.

The Ministers calling for justice now in Birmingham are from a variety of churches:  Methodist, Presbyterian, Unitarian and United Church of Christ. 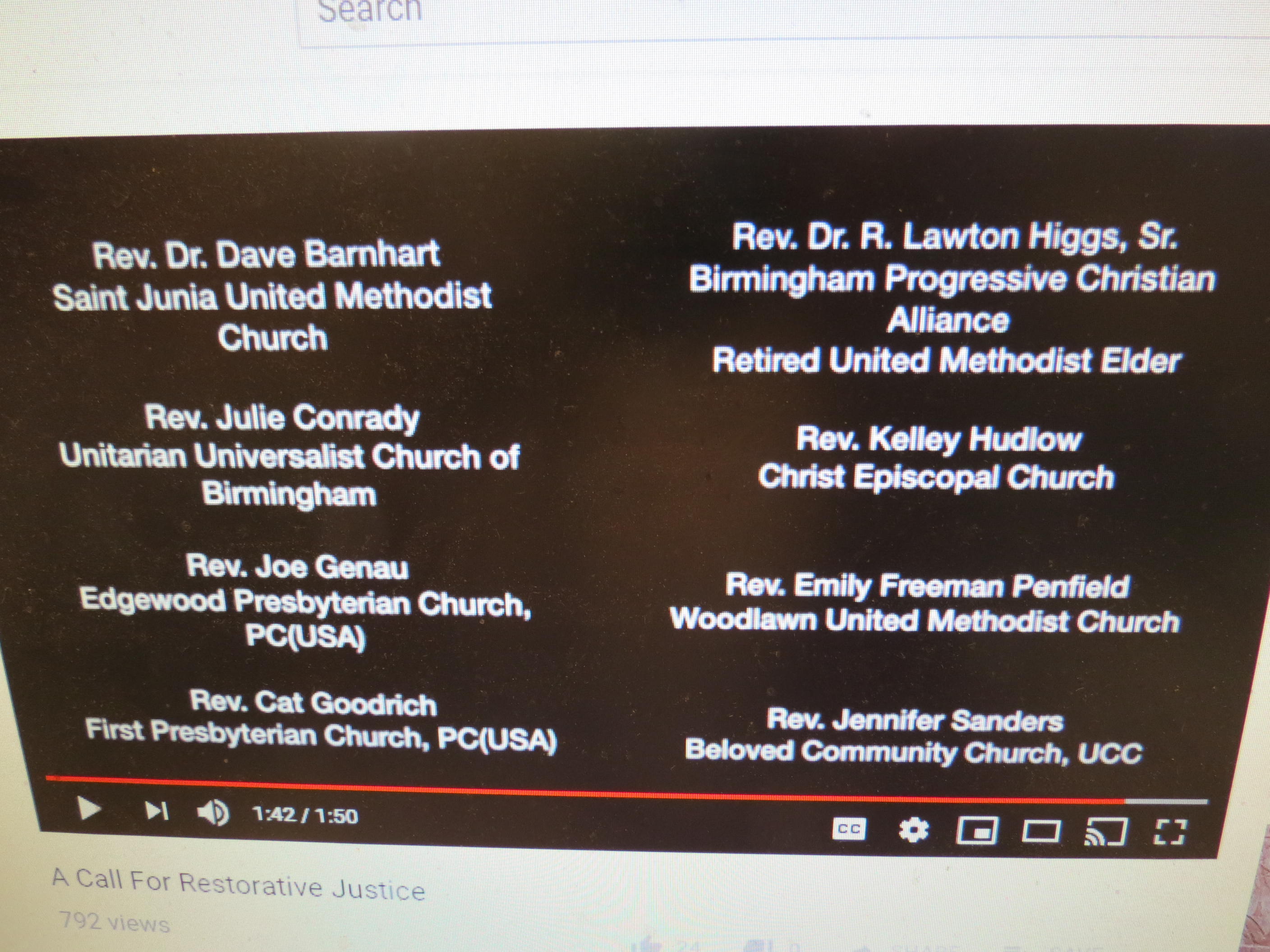