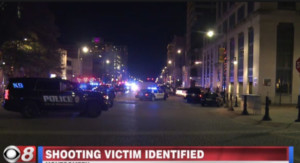 We have an update to that shooting in downtown Montgomery from earlier this week.

Police say he shot and killed his wife, 58-year-old Lana Herbert in the 100 block of Commerce Street Wednesday evening. Police say he then shot himself.

Police tell us this was a domestic-violence incident, which has become a murder-suicide.