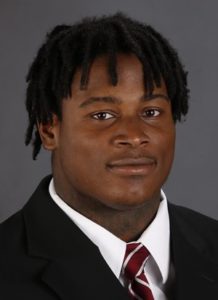 Prosecutors in Florida have decided not to pursue a domestic violence charge against NFL player Reuben Foster more than a month after he was released from the San Francisco 49ers following his arrest.

Prosecutors in Tampa filed a notice of termination of prosecution on Wednesday.

The notice says the first-degree misdemeanor battery charge is dismissed and there is no need for Foster to appear at any future court hearings.

Foster was arrested at the team hotel in Tampa in November and jailed overnight following an incident involving the second-year linebacker and a companion police identified as the same woman who accused Foster of hitting her in February.