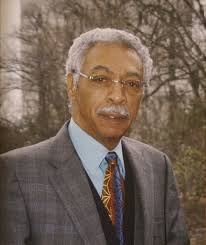 Former Birmingham Mayor Larry Langford has died a week after being released from prison because of his failing health.

Woodfin said that Langford had an “unmatched love for his community.”

Langford was raised in poverty in a Birmingham housing project but rose to become one of the Birmingham area’s most influential leaders.

Langford served as mayor of Fairfield, the president of the Jefferson County Commission and mayor of Birmingham.

His political career ended in 2009 when he was convicted of taking bribes while on the Jefferson County Commission in exchange for steering bond business.

A federal judge on Dec. 28 ordered Langford to be released from prison because he was terminally ill.

The Latest: 1 player at Blackburn and 2 at Fulham positive

The Latest: Hungary to allow soccer fans in stadiums