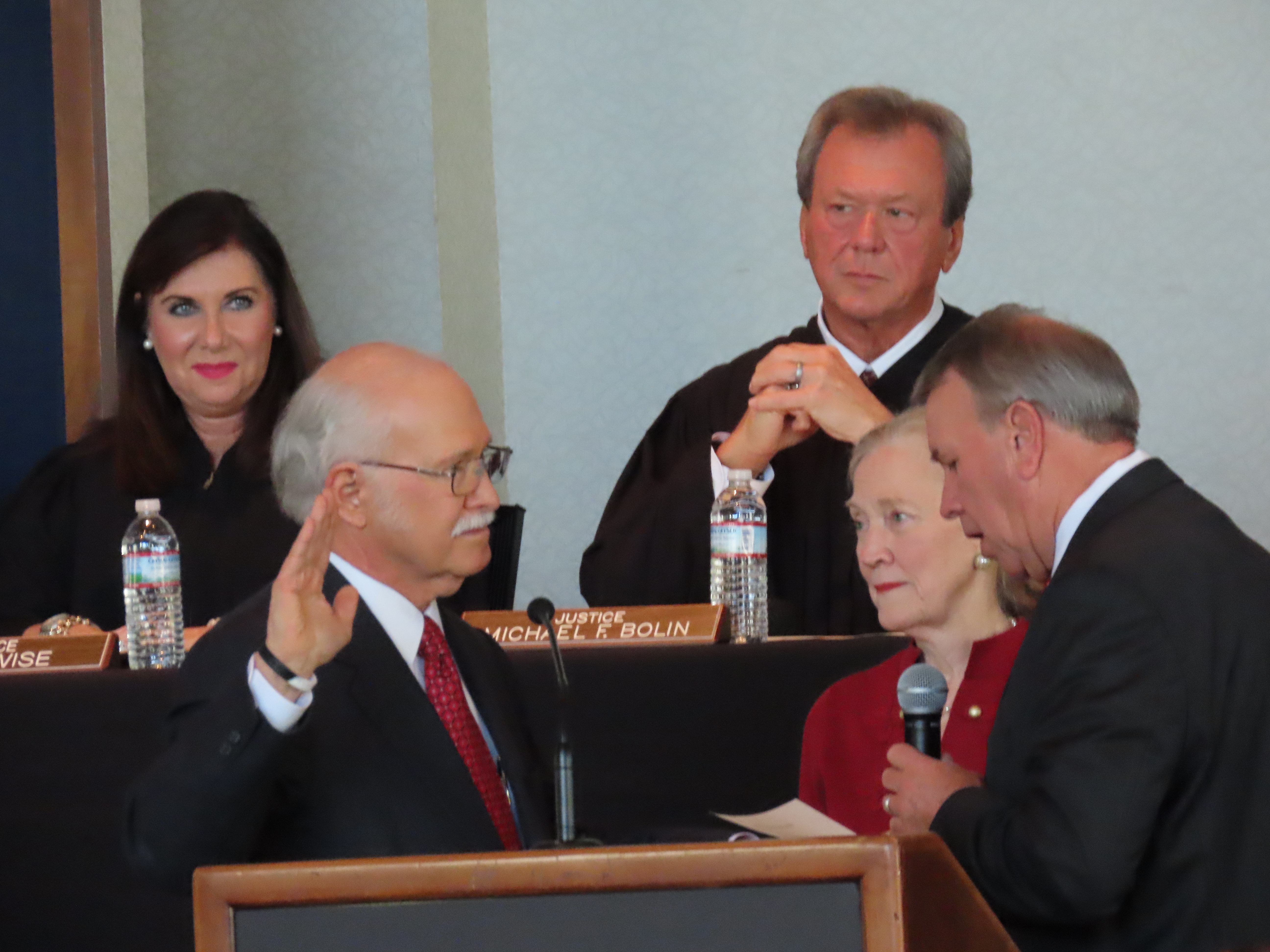 Supreme Court Justice Tom Parker is sworn in by Alabama Speaker of the House Mac Mcutcheon at the RSA Activity Center.

The new Chief Justice promised to make funding for the courts his number on priority. That’s the same problem previous Chief Justices have tried to solve, without success. The courts have laid off personnel in recent years because of inadequate funding. There were several constitutional officers at the ceremony today, but the Governor, who will be inaugurated on Monday, was not there.

Parker was an Associate Director of the Courts and an ally of twice-removed-from-office Roy Moore, who installed a large 10-commandments monument in the Judicial Building during his time as Chief Justice. Parker quoted extensively from the Bible during his speech today.