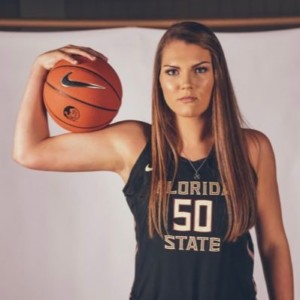 Two of Alabama’s high school players joined the ranks of high school basketball’s elite and were selected to the prestigious 2019 McDonald’s All American Teams. Previously, six Alabama players were nominated to play in the game out of more than 800 top male and female high school seniors from across the country. The list of the Alabama players are below:

The team selection was announced during ESPN’s The Jump on January 24th. The full 2019 final team rosters can be viewed at www.mcdaag.com.

The McDonald’s All American Games celebrate the nation’s top athletes as they take their first steps toward basketball greatness, while also strengthening relationship ties with communities across the country.

In addition to investing in the future of basketball, McDonald’s is committed to investing in the future of its employees through Archways to Opportunity™. This program has increased education access for eligible U.S. McDonald’s employees by providing an opportunity to earn a high school diploma, receive upfront college tuition assistance, access free education advising services and learn English as a second language. The McDonald’s All American Games will continue to benefit Ronald McDonald House Charities® (RMHC®) through its network of local Chapters. At RMHC, programs like the Ronald McDonald House, Ronald McDonald Family Room and Ronald McDonald Care Mobile provide comfort and compassion to families with sick children so they are fully supported and able to be a part of their children’s care.

Analysis: Crisis in Ukraine a showdown of two world views