Changes at the Montgomery Area Chamber of Commerce 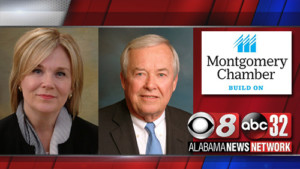 The Board of Directors of the Montgomery Area Chamber of Commerce has announced that President Randy George will retire on April 1.  Chamber Executive Vice President Anna Buckalew has been elected President and CEO, effective April 2.

“The Chamber has been richly blessed to have had Randy George leading this organization for the past 30 years as president, and, prior to that, serving for 16 years as head of economic development,” said Board Chairman Willie Durham. “After 46 years of leadership, Randy is known throughout the country in chamber and economic development circles as one of the best in the industry. He has led the Chamber through some of the most transformative years in our region’s history,” Durham said in a statement.

“Working with this Chamber for 46 years has been an honor and a privilege,” said George. “I have been truly blessed to have worked with incredible business and elected leadership and the most talented and dedicated team of professionals any organization could hope for,” George said.

Buckalew said, “I am honored to be named the next President and CEO of the Montgomery Area Chamber of Commerce, and I want to thank Randy and the Board for the confidence they have placed in me to lead this trusted organization.”

“Anna has worked closely with Randy, the Board and the Executive Committee over many years, and we look forward to what she will bring to the organization as President and CEO. We are confident she possesses the experience, talent, relationships and vision to lead the Chamber moving forward,” Durham said.

Joining the Chamber team in 1988 and named executive vice president in 2014, Buckalew’s role has included leadership of major Chamber divisions to include membership, convention & visitor bureau, small and minority business development, education, community development, and military and governmental affairs. As chief of staff and executive vice president, Buckalew has been responsible for staff direction, operations and strategic planning.

— Information from the Montgomery Area Chamber of Commerce