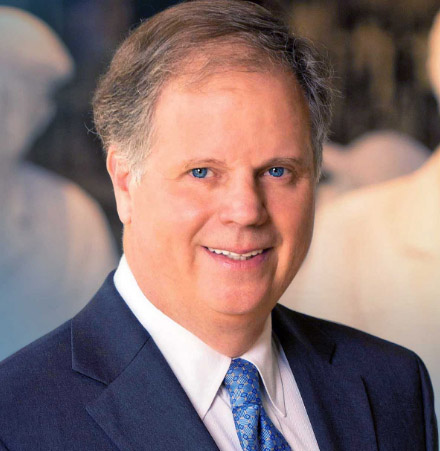 U.S. Senator Doug Jones says he is confident nominee William Barr will follow the rule of law, be respectful of Civil Rights and voting laws, and will be fair with the Mueller Report probing allegations of Russian interference in the 2016 U.S. elections.

Jones comments came during a video news conference from Washington.

On other topics, Jones said

Montgomery County Officials Address COVID-19 in the Region: "I think it's not resonating because people don't see loved ones and neighbors dying right next to them."

Tuskegee Officials to Enact Curfew Due to Covid-19 Pandemic