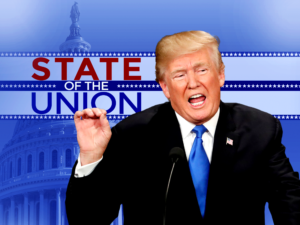 President Donald Trump vowed to eliminate the HIV epidemic by 2030 during his State of the Union Address. It’s a pledge one HIV and AIDS advocate in Selma — hopes Trump can keep.

Lydia Chatmon of Selma is an HIV Prevention Specialist at Selma AIR.

The Selma-based non-profit has been on the front lines in the fight against HIV and Aids in Dallas County since 1995.

Chatmon says she’s glad the president has decided to join the fight and she hopes he can deliver on his pledge.

“I hope that Trump will put his money where his mouth is and support the efforts,” she said.

“The South bears the burden of HIV. Fifty percent, fifty two percent actually of all new HIV cases in this country are found in southern states.”

The state of Alabama is one of the target areas for the federal anti-AIDS initiative.

The Latest: US Poll: Trust issue for Trump on coronavirus

The Latest: Dutch club plans to play despite virus cases