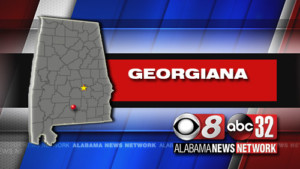 Alabama News Network has learned that Georgiana Medical Center will close on March 31. The hospital’s operator, Ivy Creek of Butler, says patients will then be directed to LV Stabler Memorial Hospital in Greenville and other providers.

In a statement, Ivy Creek says the decision is part of a realignment that it blames on “the current difficult financial environment faced by rural healthcare providers.”

Ivy Creek says its rural health clinics will continue to operate under the management of LV Stabler. Ivy Creek and LV Stabler will also combine their home health agencies under the direction of Ivy Creek, according to the statement.

“The rising costs of healthcare coupled with the cuts in reimbursement have made it impractical to maintain financial viability with two hospitals operating in Butler County,” Ivy Creek CEO Mike Bruce said. “The partnering of the two organizations is the optimal way to continue to provide overall high quality healthcare for the residents of Butler County as well as the surrounding areas,” he said.

Officials from Ivy Creek, LV Stabler and the city of Greenville plan to hold a news conference Tuesday, Feb. 12 at 11 a.m. at Georgiana Medical Center, 515 Miranda Avenue in Georgiana. The public is invited.