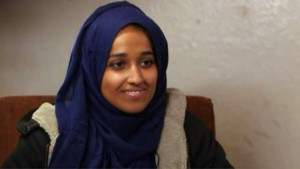 Secretary of State Mike Pompeo says an Alabama woman who left home to join the Islamic State group in Syria is not a U.S. citizen and will not be allowed to return to the United States.

Pompeo says Hoda Muthana does not have a U.S. passport or any legal basis to enter the country.

He said on Wednesday in a statement that she “will not be admitted to the United States.”

The 24-year old who joined the Islamic State after becoming radicalized says she regrets aligning herself with the terrorist organization and wants to return to the United States with her 18-month-old son.