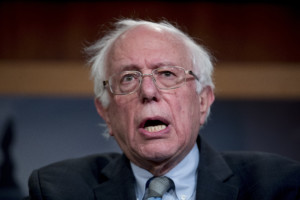 Organizers of the Bridge Crossing Jubilee in Selma have announced that presidential candidate Sen. Bernie Sanders of Vermont will speak at the Martin and Coretta Scott King Unity Breakfast. The breakfast is one part of the annual event which remembers the 1965 Bloody Sunday march for civil rights.

“U.S. Sen. Bernie Sanders is a unique figure in the American electoral landscape,” organizer and former state Sen. Hank Sanders said in a statement.  “He will join other presidential candidates, some of whom have already been announced. We look forward to each and every candidate sharing their visions with people from all over the nation and beyond,” Sanders said.