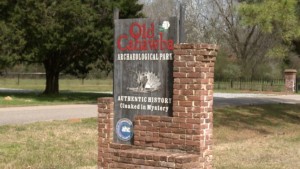 There’s a project underway to save some historic artifacts at the site of the state’s first capital.

A team of archeologists is is cleaning and reconstructing headstones at cemeteries in Old Cahawba Archeological Park.

The group is from the University of Alabama’s Office of Archeological Research.

Old Cahawba officials say the headstones were damaged by vandals more than 50 years ago.

“Cahawba has several cemeteries and they were badly vandalized around 1960. Someone came down here with a sledgehammer and just wailed away, knocked them all over and broke them up. And so they’ve been lying here broken since that time,” said Site Director Linda Derry.