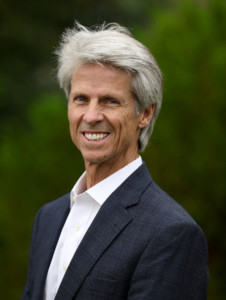 TV station owner David Woods has announced that he will run for Montgomery Mayor in this year’s city elections. The announcement came via an email this morning.

Woods is president and owner of Woods Communications Corporation, which was formed in 1985 and owns WCOV FOX 20 in Montgomery as well as other broadcast properties.

“Montgomery has a rich history and an exciting future. We are at a crossroads, and the next mayor of Montgomery has challenges to tackle,” Woods said in his email. “Our great city needs a selfless leader to create a unified Montgomery, fix the education system, increase public safety and bring new jobs.”

“Our current mayor is proof that electing a strong business leader means a positive, vibrant Montgomery. I will build on Mayor Todd Strange’s success to support local law enforcement and fight crime at the source, provide a working education for our kids and invest in the economic development and businesses that call Montgomery home,” Woods said.

Strange has been mayor for 10 years, but decided not to seek re-election.

Woods is the son of World War II veteran and businessman Charles Woods. He and his wife, Donna, moved to Montgomery in 1985 after purchasing WCOV-TV. they have three children and three grandchildren and are members of St. James United Methodist Church.

Woods has made a previous run for Congress, running as a Republican for the 2nd Congressional District seat in 2008.

The city elections will be held on August 27.

(Note: Alabama News Network produces WCOV News at 9 for Woods Commications Corporation but is not owned by the company.)