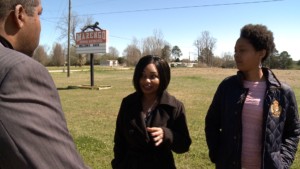 Two Marengo County women say their children are the victims of bullying at school and the school’s response to the issue has been unacceptable.

Candace Richardson and Lakeisha Baker say each of their sons have had to deal with bullying at Marengo High School in Dixon Mills.

They say the school’s response concerning the matter has been under-whelming. The women say they’d like to see a zero-tolerance to bullying policy implemented at the school.

“So it lead all the way up to my son actually defending himself and fighting the bully back and they both got sent to alternative school which is considered in-school suspension for fighting,” said Baker.

“There was no real recourse for the bully in that situation, as my son as the victim, was treated equally as the bully.”

They say the findings of the investigation determines what action will be taken against the suspected bully.