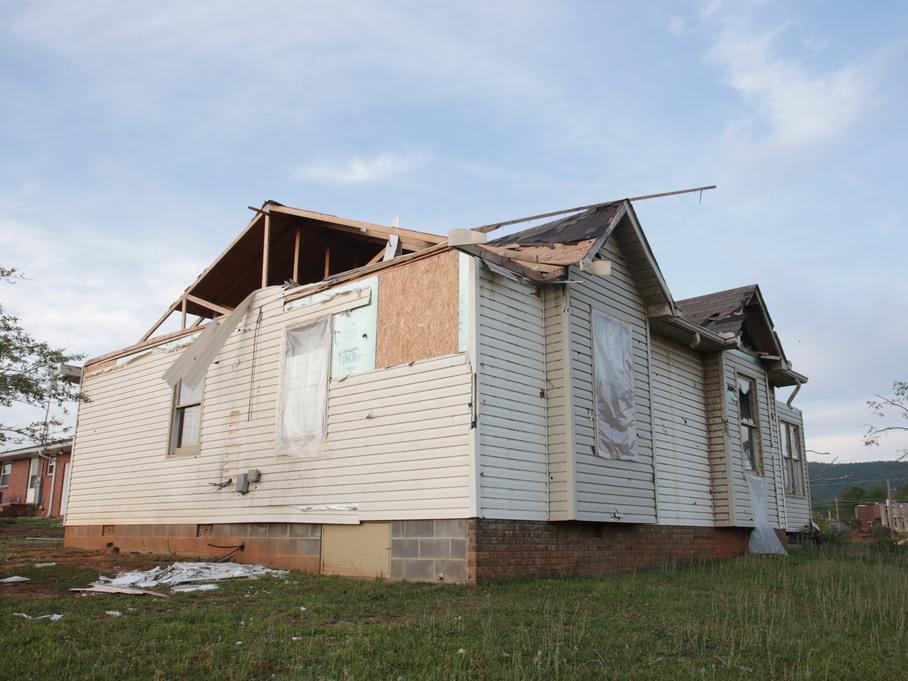 (Jacksonville, Ala., May 4, 2018 – Home with severe damage close to Jacksonville State University campus demonstrating the power of the March tornadoes that swept through the area. Calhoun County received storm damage from the tornadoes and severe storms that hit Alabama March 19-20, 2018. Photo by Brian Latimer/FEMA.)

JACKSONVILLE, Ala. (AP) – An Alabama university is marking the one-year anniversary of a tornado that caused major damage to its campus last year.

Jacksonville State University is planning a series of events this week to coincide with the twister that struck the northeast Alabama campus on March 19, 2018.

An EF3 tornado with winds estimated at 150 mph (241 kph) caused extensive damage at Jacksonville State that day, demolishing university buildings, apartments and other structures. Classes were canceled for two weeks.

On Tuesday, officials are planning a ceremony to mark how far the university has come in the year since. A candlelight ceremony will be held that night.

A discussion on emergency preparedness is set for Wednesday, and a campus safety day including free food and other giveaways is planned for Thursday.

Latest: Alaska seeing one of sharpest COVID-19 surges in US