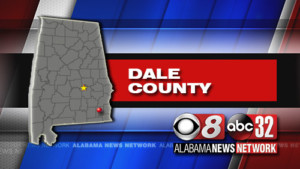 Officers found a pipe bomb inside an Alabama sheriff’s office while going through some evidence that had not been searched.

The device didn’t go off and no one was hurt in the incident, which occurred Tuesday night at the Dale County Sheriff’s Office in south Alabama.

Sheriff Wally Olson tells news outlets that officers found a duffel bag while conducting a search and brought it to the sheriff’s department in Ozark without opening it.

Olson says officials were looking through the bag when the found the bomb. He says the office was evacuated and the bomb squad from a nearby city was brought in to handle the device.

The sheriff says the bomb was found during a continuing investigation into a homicide.

The Latest: Statue of Gen. Wickham toppled in Richmond