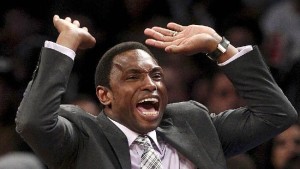 The Avery Johnson era at Alabama is over. The University of Alabama announced this morning that he will no longer serve as the men’s basketball coach.

“After meeting with Coach Johnson, we made the decision to mutually part ways,” said Alabama Director of Athletics Greg Byrne. “This was not an easy decision, and we thank him for his contributions over the past four seasons. We wish Coach Johnson and his family the very best.”

Alabama went 75-62 under Johnson and advanced to postseason play in each of his four years, which included an at-large berth to the NCAA Tournament in 2018.

“I would like to thank The University of Alabama, Bill Battle and the Board of Trustees for providing me the opportunity to serve as the head basketball coach,” said Johnson in a statement provided by the university. “I’d also like to thank President Bell and Greg Byrne, our assistant coaches, support staff, the fans and student body for making this such a special experience for me and my family. Finally, and most importantly, I’d like to thank all of the players and parents. It was an honor and privilege to work with these young men and their families. This was an opportunity of a lifetime, and we truly enjoyed our experience at Alabama. I also want to thank my family for all of their support and contributions to the program.”

What’s Next for Alabama Basketball

Associate head coach John Pelphrey will serve as interim head coach until a replacement for Johnson has been named. The search for Alabama’s next head men’s basketball coach will begin immediately.

“There are so many desirables here at The University of Alabama, and the brand itself gives all of our teams the ability to recruit nationally,” added Byrne. “This is such a great place, and people want to be part of it.”