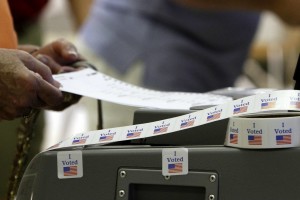 A federal judge says a lawsuit challenging Alabama’s congressional districts will go forward, but the state can’t be forced to redraw lines before 2020.  U.S. District Judge Karon Bowdre issued the decision in Birmingham.

Citing a delay in filing the lawsuit, Bowdre said Alabama would be harmed if it is forced to redistrict twice in two years. However, Bowdre said if the current map is ruled unconstitutional, Alabama couldn’t use it as the basis for drawing new lines in 2021.

Attorney General Steve Marshall says he was pleased the judge agreed plaintiffs “waited too long to file their legal challenge.”