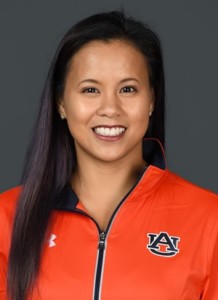 Graba says Dr. James Andrews will operate on the athlete on Monday for injuries that include multiple torn ligaments in both knees.

Cerio’s legs buckled during a floor exercise when she landed badly at the end of a tumbling run. She immediately clutched both legs in pain.

Samantha Cerio was making her first pass when she fell on the blind landing. The crowd gasped as Cerio, a senior on the team, attempted a handspring double front but fell to the mat and screamed out in pain pic.twitter.com/BYP0cZNezO

The meet was delayed while medical workers put splints on both of her legs. They carried her out of the Pete Maravich Assembly Center to a standing ovation.