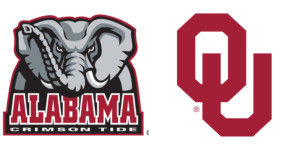 Alabama and Oklahoma have scheduled a home-and-home football series – but fans will have to wait awhile.

The schools announced Tuesday that they’ll meet on Sept. 11, 2032 in Norman, Oklahoma. They’re scheduled to play again the following season in Tuscaloosa, Alabama on Sept. 10.

The Sooners and Crimson Tide have met six times, including Alabama’s 45-34 win in the Orange Bowl last season. Oklahoma leads the series 3-2-1 with the tie coming in the 1970 Bluebonnet Bowl in Houston.

The Sooners have already announced a home-and-home series with Clemson for 2035-36.

Tide coach Nick Saban says matchups like these are important to college football.