Selma City Treasurer Battle in the Hands of a Judge 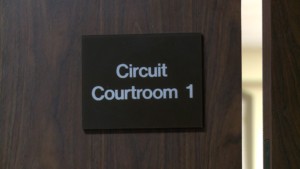 Selma City Treasurer Renita Wade has been on paid administrative leave for about the last six months.

Wednesday morning Wade was in court — fighting to go back to work.

Wade has been removed from the treasurer’s job by the mayor — and reinstated by the city council — three times.

“And we’re asking the judge to put an end to this and to declare the authority that the city council has a right to call this shot,” he said.

McPhillips says Circuit Judge Don McMillan is expected to make a ruling in the case on Monday.

We reached out to the mayor’s office about the case and were told they had no comment.