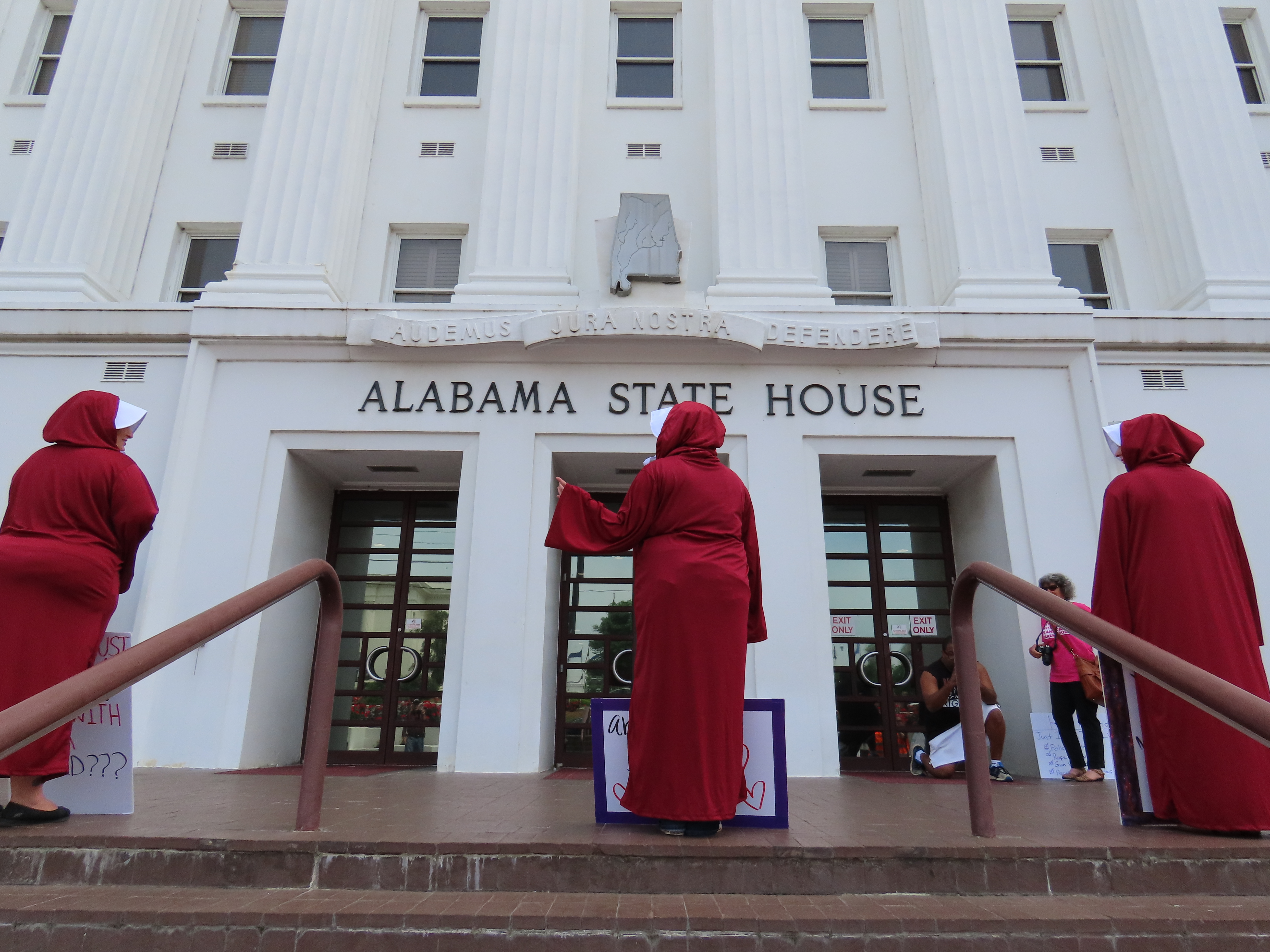 Three women dressed like characters in the cable TV show Handmaid’s Tale stand outside the Statehouse to confront members of a House committee that approved a bill that could ban all abortions in Alabama. The vote will send the bill to the full House.

MONTGOMERY, Ala. (AP) – An Alabama committee advanced one of the most stringent abortion restrictions in the nation, a measure that would make performing an abortion a felony.

The House Health Committee voted Wednesday to send the bill to the House floor.

Republican Rep. Terri Collins said the goal of her bill is to spark a court case to challenge the 1973 U.S. Supreme Court decision legalizing abortion.

The bill makes exemptions if a mother’s health is in danger but not if she has been raped.

Democratic Rep. Neil Rafferty said the legal fight over the ban will waste taxpayer dollars at a time when the state has pressing health care needs.

The committee approved the bill after a public hearing in which several women described their past experience with abortion decisions. 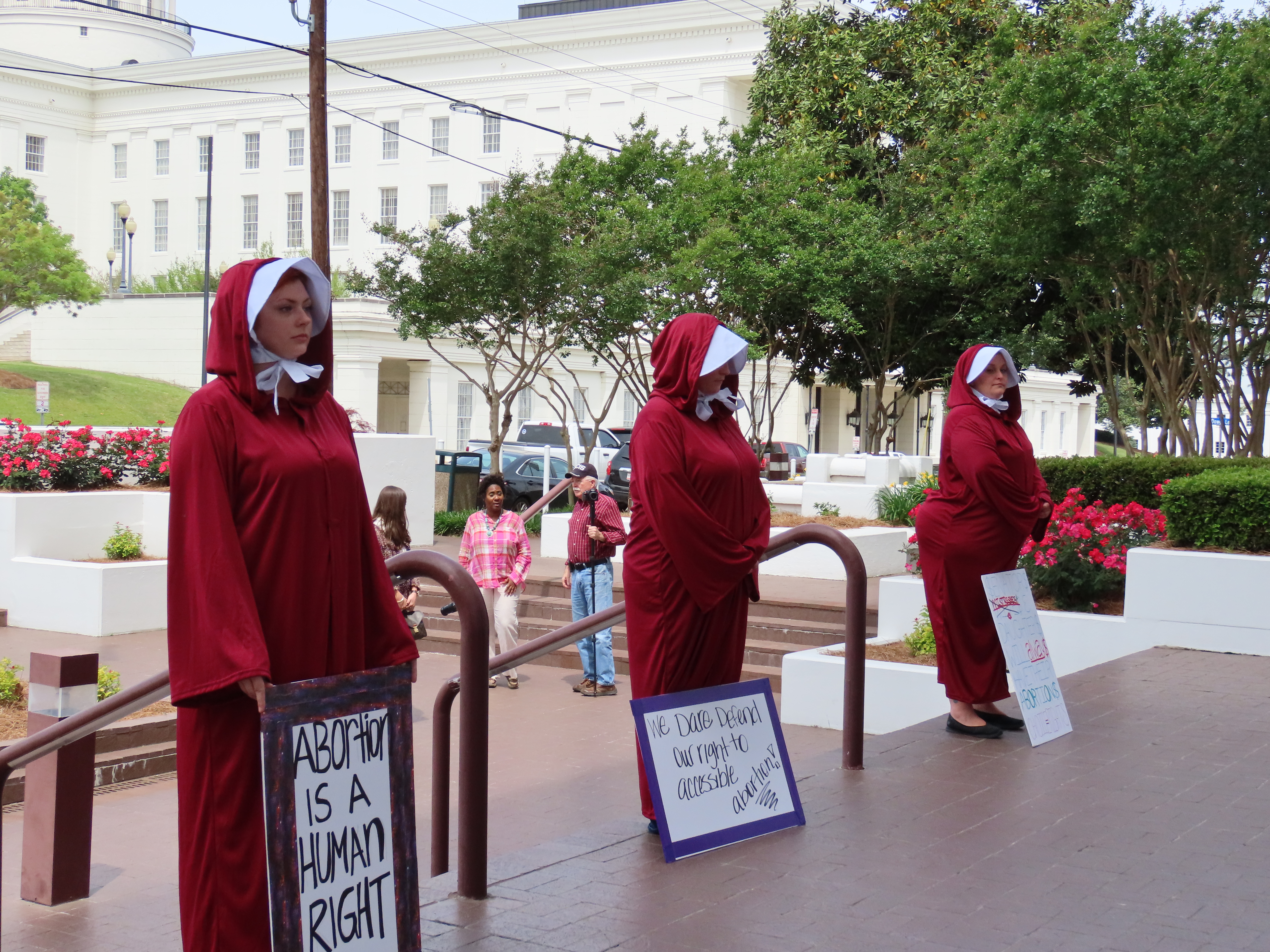