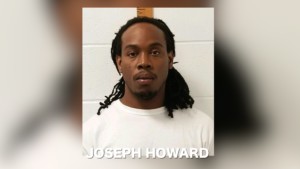 They say Uniontown Police Chief Adrian Watters was one of the people who was shot at.

Authorities were able to take Howard into custody without anyone being hurt.

“He lucky he didn’t get his head blown off by doing that,” said District Attorney Michael Jackson.

“You can’t shoot at officers in law enforcement. That’s just a no-no.”

Howard is being held in the Perry County Jail on $500,000 dollars bond.