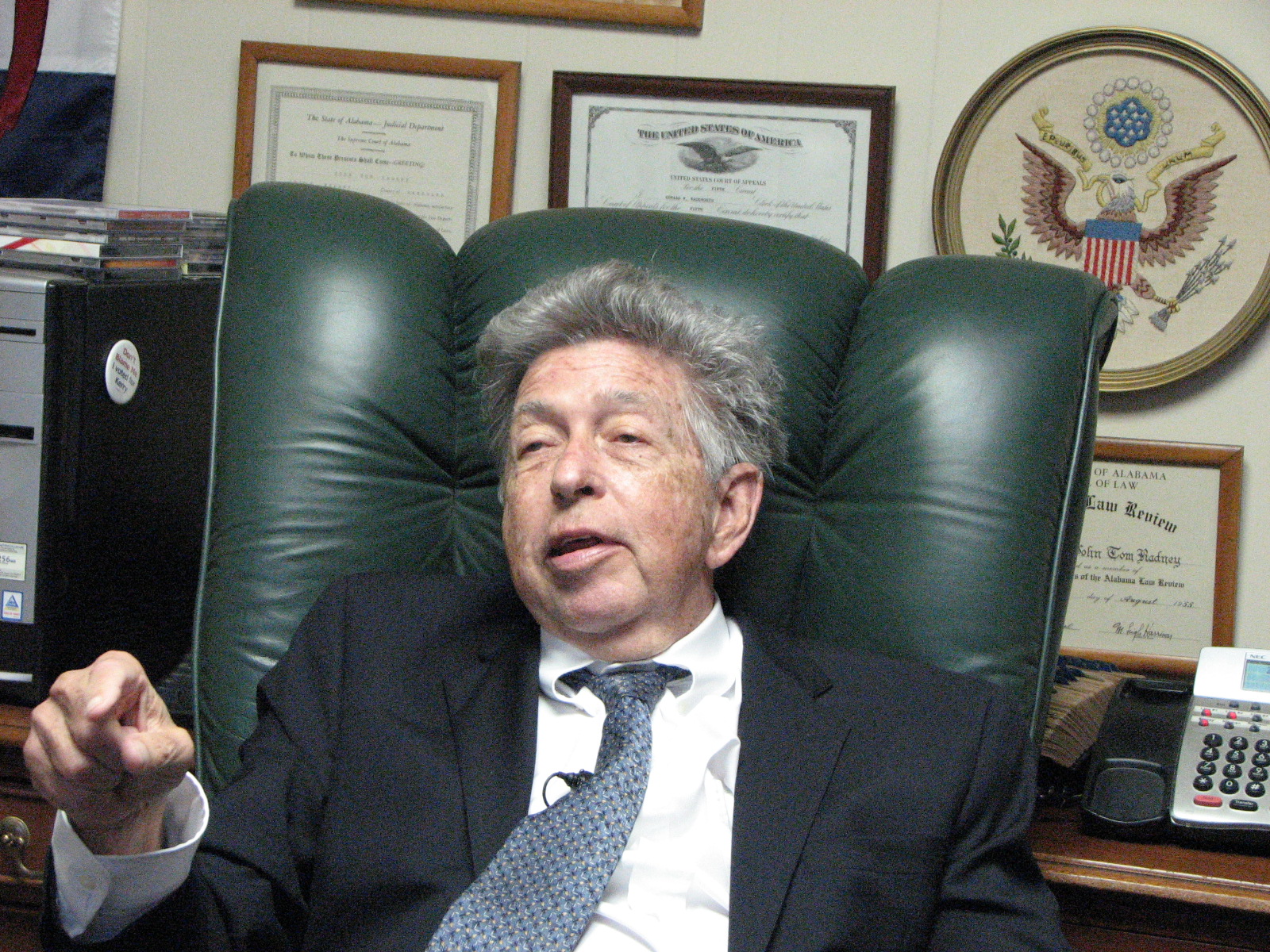 The late Tom Radney, an Alexander City lawyer who figures in the CBS story about a preacher charged with several murder who is himself murdered. Radney represented both the preacher and then the man charged with killing him.

“After more than four decades, the mysteries remain, shrouded in the fog that rolls in over Lake Martin, and the woods that surround Alexander City, Alabama. The original mystery is a series of suspicious and unexplained deaths; but writer Casey Cep says that the other mystery is equally riveting: What happened when Alabama’s most famous author, Pulitzer Prize-winning Harper Lee, of “To Kill a Mockingbird” fame, came here to work on a true crime book about those deaths.”