Selma City Treasurer Back on the Job by Judge’s Order 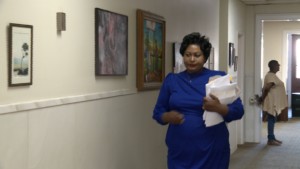 Selma City Treasurer Renita Wade is back on the job after she’s reinstated by a judge.

Wade had been on administrative leave for about eight months.

She filed suit after she was removed from the treasurer’s job by the mayor — and reinstated by the city council — three times.

She says the judge’s ruling had her both excited — and relieved.

“This is the time and the opportunity for me to see if I can go in and make a repair, so I’m grateful for that and I was excited to hear that Judge McMillan had made a fair and just decision.”

McMillan denied a motion by Melton — to dismiss Wade’s complaint.

He also set a final hearing on the merits of the case for July 8th.