Family of Inmate Questions How She Became Pregnant 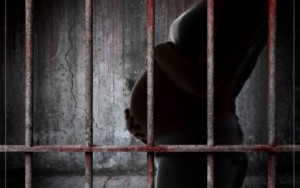 Relatives of a jailed woman are questioning how the woman became pregnant.

Reports say 26-year-old Latoni Daniel has been jailed for 17 months and is set to give birth to her first child this month. The U.S. National Guard veteran became pregnant while at a Coosa County jail in Rockford, but she says she has no memory of having sex.

Attorney Mickey McDermott says he believes his client was raped while taking sedatives prescribed to treat seizures. Daniel’s brother, Terrell Ransaw, says Daniel didn’t have seizures before she was jailed.

Daniel is accused of being the getaway driver in a fatal shooting and is charged with capital murder. She was transferred to another jail once her pregnancy was revealed.

The Latest: WHO advises wider use of masks in virus hotspots