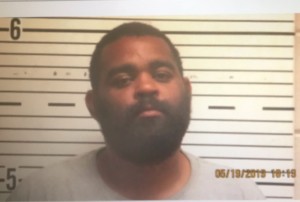 Greenville police say they’ve arrested an armed robbery suspect. Police say Timothy Obryant Smith, 32, of Greenville has confessed to the armed robbery of a business in the 900 block of Fort Dale Road.

Police say the robbery took place Sunday morning around 4 a.m. The clerk says a man entered the store wearing a black mask with sunglasses and a hoody.  Police say the suspect pulled a knife on the clerk and got away with money from the cash register before fleeing in a nearby car.

Police released a photo of Smith, which they say helped in making the arrest. After police arrested Smith, they say he confessed to the crime after being confronted with the evidence that had been collected by investigators.

Smith was then placed in the Butler County Jail and charged with robbery in the first degree.

The Latest: NZ requiring border workers get doses this month