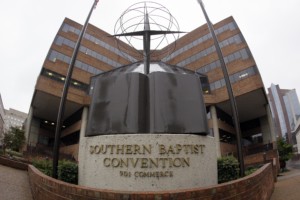 The nation’s largest Protestant denomination is reporting its twelfth year of declining memberships.

The Southern Baptist Convention has reported total membership for 2018 at 14.8 million, down about 192,000 from the previous year.

Scott McConnell is director of the SBC’s Lifeway Research, which reported the data. He says baptisms have declined in eight of the last 10 years and are down more than 100,000 from 2009. Baptisms are an important measure for a denomination with a strong commitment to evangelism.

The denomination also saw the number of affiliated churches drop slightly for the first time since 1998. The SBC had 51,541 total congregations in 2018.