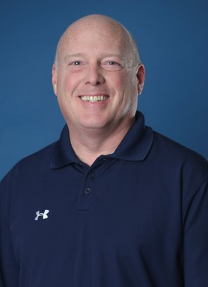 The following is a statement from Auburn Athletics on the death of radio announcer Rod Bramblett and his wife Paula in a car wreck last night:

Rod Bramblett, the Voice of the Auburn Tigers, and his wife, Paula, passed away on Saturday after sustaining injuries in a vehicle accident in Auburn. Rod, 53, had broadcasted Auburn baseball since 1993 and took over as lead announcer for Auburn in 2003, serving as Auburn’s voice of football, men’s basketball and baseball.

Paula Bramblett, 52, was a long-time employee of Auburn University, working in the Information Technology Department. They are survived by their two children, daughter Shelby, an Auburn University student, and son Joshua.

Both Rod and Paula graduated from Auburn. Rod received his bachelor’s degree in political science and a minor in history in 1988, while Paula graduated in 1991. Rod was a native of Valley, Ala., and Paula from nearby Huguley, Ala.

“All of us in the Auburn Family are devastated by the tragic passing of Rod and Paula Bramblett,” Auburn Director of Athletics Allen Greene said. “A nationally recognized broadcaster, Rod’s love for Auburn was fervent. You could hear it coming through the radio loud and clear each time he exclaimed “Touchdown Auburn!”

Bramblett had several memorable calls during his tenure, none more than “There Goes Davis!” describing Chris Davis‘ touchdown return to beat Alabama in 2013, commonly known as the Kick Six game.   That year, he was named National Broadcaster of the Year by Sports Illustrated in 2013. Bramblett was also a three-time winner of the Alabama Sportscaster of the Year award (2006, 2010, 2013) as presented by the National Sports Media Association.

“As much as Rod loved Auburn and enjoyed working with his broadcast partners, his greatest affection and devotion were reserved for his family: his wife Paula, and their children, Shelby and Joshua,” Greene said. “The Bramblett children and Rod and Paula’s extended family and friends are in our prayers as we mourn the loss of this uniquely special Auburn man.”

“The Auburn Family and Auburn Sports Properties have lost two of our own. We are all shocked, saddened and at a loss with the sudden passing of Rod and Paula,” Auburn Sports Properties Vice President/General Manager Chris Davis said. “Rod’s work speaks for itself. He was the best in the business and spent tirelessly long hours devoting himself to his alma mater and the school that he loved.  He was not only a co-worker but our close, dear friend.”

Bramblett began his broadcasting career in Lanett, Ala., working part-time at WZZZ/WCJM radio stations while attending Auburn University. From there he went on to work in Auburn at WAUD from 1989-1991 and then again from 1993-1996. It was at that time he did play-by-play for Lee-Scott Academy and Auburn High School athletics.

“While Rod loved Auburn and his co-workers, it was his family that he loved the most,” Davis said. “He married his high school sweetheart, Paula, and loved her unconditionally, just as he did his daughter, Shelby, and son, Joshua. Rod and Paula have left us too soon. We love them and we will miss them. We ask that everyone keep the Bramblett family, especially Shelby and Joshua, in your continued thoughts and prayers.”

In 1992, Bramblett’s year award from WAUD, he worked in Morristown, Tenn., for two different radio stations where he served as the play-by-play voice of Morristown West High School football.

Funeral arrangements are pending and will be shared when they become available.

The Latest: Biden pleads for action on climate in UN speech

The Latest: Biden pleads for action on climate in UN speech

The Latest: Biden pledges to work with allies in UN address