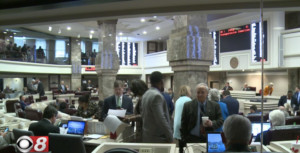 Alabama lawmakers have approved a pay equity bill that would prohibit businesses from paying employees less because of their gender or race.

The Alabama House of Representatives voted 99-0 to give the bill final passage.

If signed into law by Gov. Kay Ivey, it would end Alabama’s status as one of just two states without a pay equity law.

The bill would prohibit businesses from paying workers less than employees of another race or gender without reasons such as seniority or productivity to account for the difference.

Rep. Adline Clarke of Mobile said it was a “great day in Alabama” after the bill passed. Clarke has pushed for the law for several years.

Alabama and Mississippi are the two states without pay equity laws.