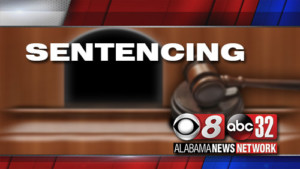 The U.S. Department of Justice has announced that nurse practitioner Lilian Akwuba of Montgomery has received a 10-year sentence for her part in two separate “pill mill” operations in Montgomery over a four-year period. That announcement came from U.S. Attorney Louis V. Franklin and others involved in the investigation.

The DOJ says the sentence follows her convictions for drug distribution and health care fraud.

According to the DOJ, trial evidence showed that, from 2013 through 2016, Akwuba worked at Family Practice, a Montgomery medical practice located at 4143 Atlanta Highway. Her supervisor was the practice’s owner, Dr. Gilberto Sanchez. Working under Sanchez, Akwuba issued and caused to be issued unnecessary and illegitimate prescriptions for a variety of controlled substances, including fentanyl, hydrocodone (commonly known as “Norco” or “Lortab”), oxycodone (commonly known as “Percocet”), alprazolam (commonly known as “Xanax”), and methadone. Akwuba and Sanchez also required these patients to return approximately every month to obtain their prescription. These unnecessary office visits and unlawful prescriptions were ultimately billed to the insurance companies, which paid the claims, according to the trial evidence.

In 2016, the DOJ says Akwuba left Family Practice and opened her own practice, Mercy Family Health Care, located at 128 Mitylene Park Drive in east Montgomery. At her new practice, Akwuba continued the prescribing patterns she developed while working at Family Practice. Because Akwuba was a nurse practitioner and not a physician, she was not able to issue prescription refills on Schedule II controlled substances without a physician’s approval. Akwuba skirted this rule by, in many instances, forging physicians’ signatures on prescriptions for controlled substances, according to the DOJ.

At the sentencing hearing, the DOJ says the judge found that Akwuba testified falsely at trial. As a result, Akwuba received a sentencing enhancement for obstructing justice. Additionally, Akwuba received an enhancement for abusing the trust society placed in her when it allowed her to practice nursing. Before imposing sentence, the judge described Akwuba as a “highly educated drug dealer” and also noted that Akwuba had demonstrated no remorse for the immeasurable harm caused by the prescriptions she signed, according to the DOJ.

“Far too many of us have been touched by this crisis of over-medication,” Franklin said in a statement. “It is a problem that we hear about on the news and deal with in our own homes. My office and our law enforcement partners are making progress in addressing the issue. Due to the position she held as a medical professional and the air of legitimacy that it comes with, I consider Ms. Akwuba’s actions to be, in many ways, worse than a street-level drug dealer. I hope that the sentence imposed in this case will deter other prescribers from following in her footsteps and causing harm to their patients,” he said.

— Information from U.S. Attorney/Dept. of Justice