House May Vote on Measure to Abolish Elected School Board

MONTGOMERY, Ala. (AP) – The Alabama House of Representatives could vote Friday on a proposal to replace Alabama’s elected state school board with a new commission appointed by the governor. 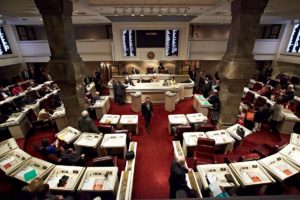 Alabama Gov. Kay Ivey and Senate President Pro Tem Del Marsh have championed the effort. The fate of their proposal will be decided on what is expected to be the final day of the legislative session.

Marsh says chronically low test scores show the need for change. Marsh said he considered it the most “critical issue” in the state.

Longtime board member Stephanie Bell earlier this month criticized the bill as a power grab.

Alabama voters would also have to agree to make the change. If approved by lawmakers, the idea would go before voters next year.