Man Dies from Gunshot Wound in May 12 Shooting, Suspect Charged with Murder 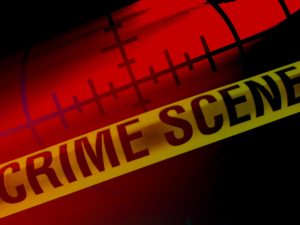 The Montgomery Police Department has arrested a Montgomery man in connection to the May 12 shooting of 45-year old, Cedric Hubbard.

Kendal Johnson, 26, has been charged with murder. Johnson was taken into custody by Montgomery police on June 11. Following his arrest, Johnson was transported to the Montgomery County Detention Facility, where he was being held under a $150,000 bond.

MPD and Fire Medics responded to the 700 block of Capri Street on Sunday, May 12, at about 9:31 p.m. in reference to a possible shooting. At the scene, they located an adult male with a life-threatening gunshot wound. The victim was transported by ambulance to a local hospital for treatment. Wednesday night, June 5, Hubbard was overcome by his injuries and was pronounced deceased.

MPD’s investigation determined that the victim and the suspect were known to one another and the shooting stemmed from a verbal altercation between the two. Further investigation identified Johnson as the suspect. No additional information is available for release at this time in connection with this continuing investigation.