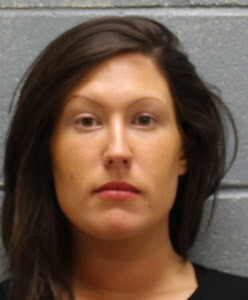 On Thursday, June 13, the Lee County Sheriff’s Office received a 9-1-1 call in reference to a gunshot victim that had been discovered outside of a home in the 500 block of Lee Road 436 in Phenix City

Responding deputies found a male laying in the front yard of the home suffering from a single gunshot wound to the abdomen. The victim of the shooting was later identified as Brandyn Lloyd Paonessa, 26. Life-saving procedures were performed on Paonessa, but he succumbed to his injuries shortly afterward and was pronounced deceased at the scene.

Investigators located evidence which lead to Brittnay Ryals Paonessa, 27. She was arrested and charged with murder. She was the victim’s wife.

A shotgun was recovered at the scene and has been preserved as evidence in this homicide investigation.

Brittnay Paonessa is being held in the Lee County Detention Facility on a $150, 000 bond.

This case is still under investigation and anyone that may have information in regard to this crime is urged to contact the Lee County Sherriff’s Office at 334-749-5651 or the Lee County Crime Stoppers at 1-888-522-7847.

The Latest: US agency calls back drone it sent to Minnesota