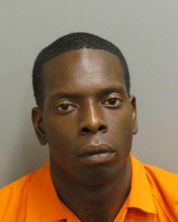 Kerstin Reese and two co-defendants burst into the victim’s home armed with guns during the night of September 6, 2016, and robbed her of her jewelry and assorted electronics. They then covered her head with a blanket and forced her into the trunk of her own car that they then stole and drove to an abandoned house. Once there, she was taken inside the house, threatened with sexual assault, and made to remove her clothes. She was then placed back in her trunk and driven roughly 15 miles to a field in Pintlala, where she was removed from the trunk, beaten, and strangled until she passed out.

She regained consciousness several hours later once the sun came up and was able to escape from the trunk of her now abandoned car. She found her way to Mosley’s Store, where she was able to receive help from the store owner.

The defendants were seen on surveillance video driving past her as she talked with the people helping her at Mosley’s Store. They then returned to the car, set it on fire, and fled back to Montgomery.

Reese, who will be sentenced July 9, 2019, by Judge James Anderson, faces 99 years or Life in prison because he has two prior felony convictions for Burglary and Theft.

His co-defendants remain charged and are awaiting trial.

District Attorney Daryl Bailey expressed his appreciation to Deputy District Attorneys Haley Steelman, Scott Green, and Ben McGough for their outstanding work. He also thanked DA Investigators Denny Merritt, and T.D. James for their work on the case as well Agent Mike Myrick who came out of retirement to testify as the case agent on behalf of the Montgomery Police Department.

District Attorney Bailey said: “The senseless and horrendous ordeal this violent criminal put this victim through is absolutely heartless, and he deserves the harshest possible penalty. I am proud that my office was successful in convicting this monster, and we will be seeking a life sentence to ensure that he is never released back on the streets of our city.”