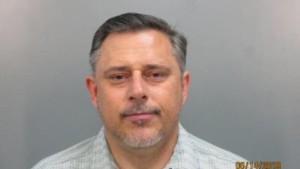 WKRG-TV reports Collier, who was the first-ever secretary of the Alabama Law Enforcement Agency (ALEA) lives in the nearby Baldwin County town of Fairhope. His retirement as Selma police chief was announced just this week, as was the settlement in his lawsuit involving former Gov. Robert Bentley, who appointed Collier as ALEA secretary. Collier sued Bentley in 2016 for wrongful dismissal and defamation. Collier contends Bentley wrongfully fired him and then tried to discredit him with a sham state investigation.

WKRG-TV reports the arrest stems from an allegation of fraudulent credit card use at a local hotel.

Collier told WKRG-TV he filed the report because his son used his bank card. Collier says, at the time, he was unaware that his estranged wife had given the son permission.
“I have no doubt that I will be exonerated – but the entire episode is embarrassing,” Collier said. “I wish to apologize to the Daphne Police Department and also express my gratitude for their professionalism throughout the entire incident.”

The TV station says Collier was booked and released from the Daphne City Jail.  He is scheduled to appear in court in July 30. That is the same day that Selma Mayor Darrio Melton told Alabama News Network that his retirement will become effective.