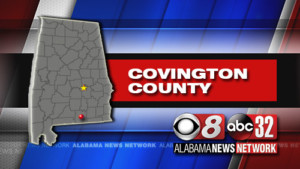 Alabama State Troopers have identified a mother and son from Georgia who were killed in a head-on collision in Covington County while traveling to the beach.

State troopers say 8-year-old Larenz Graham and his mother, 35-year-old Landie Romulus, were killed Monday when a northbound vehicle on highway 55 crossed the median and hit their car as they were traveling south. The boy’s father, Edwin Cornell Graham, and two brothers were in stable condition.

Officers say the other driver, 18-year-old Joseph Cameron Worley, died at the scene.

State troopers believe speed was a factor in the crash. The family’s neighbors in Dallas, Georgia said they were heading to the beach.