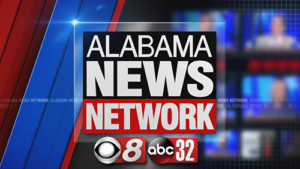 The new Kids Count Data Book has been released, showing Alabama isn’t keeping up with the rest of the country in the well-being of children. The Annie E. Casey Foundation releases the report each year.

The 2019 report uses 16 indicators from 2017 to rank each state across four domains: health, education, economic well-being and family and community.

The Kids Count Data Book does show that between 2016 and 2017, Alabama improved in seven indicators, while nine remained the same. However, disparities based on race and ethnicity continue to exist.

“When you look at the percentages of children measured in this year’s report, the state stayed the same or showed improvement in all indicators, yet Alabama’s rank dropped in almost half, including its overall ranking. What this demonstrates is that other states are improving the well-being of their children at a faster pace than Alabama,” Mann said in an emailed statement.

The 2019 Kids Count Data Book is the 30th edition of an annual study based on publicly available data for all 50 states, the District of Columbia and Puerto Rico. Alabama ranked 48th in the inaugural report.

New Hampshire and Massachusetts received this year’s top rankings, while Louisiana and New Mexico are the lowest-ranked states.

VOICES for Alabama’s Children is a statewide nonprofit that works to ensure the well-being of Alabama’s children through research, public awareness and advocacy.