CrimeStoppers Puts Out Urgent Call in Search for Murder Suspect 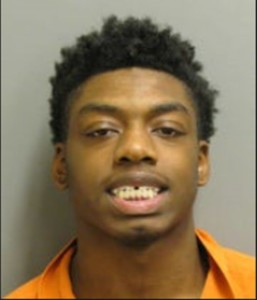 CrimeStoppers has put out an urgent call in the hopes of finding a murder suspect who failed to appear in court.

J’Tari Bass is wanted by the Montgomery County Sheriff’s Office for failure to appear on the charge of murder.

Bass was originally arrested on December 14, 2018 for the charge of reckless murder in the death of 15-year-old Keiauna Williams. Bass was released on bond, but investigators say he was arrested again in May on a robbery charge. They say he bonded out of jail on that charge before a hold could be placed, which revoked his bond for the original offense of reckless murder.

If you know where J’Tari Bass can be found, call CrimeStoppers at (334) 215-Stop. Your tip could lead to a cash reward.