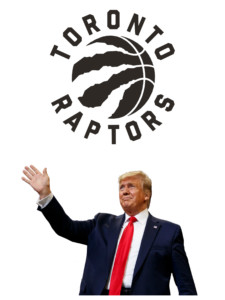 President Donald Trump says he’ll consider inviting the NBA champion Toronto Raptors to the White House “if they’d like to do it.”

Asked whether he’d invite the Canadian team, Trump said Thursday that he hadn’t thought about it. Trump said the Raptors played “phenomenal basketball” to win the team’s first NBA title by defeating the Golden State Warriors. Trump says “if they’d like to do it, we’ll think about that.”

The once-routine White House visit by championship college and professional sports teams has become politically fraught under Trump, with some teams and individual athletes declining to make the trip. The Warriors avoided the White House while visiting Washington in 2018.

Raptors coach Nick Nurse said during a radio interview Wednesday that he hadn’t heard anything about a White House visit.