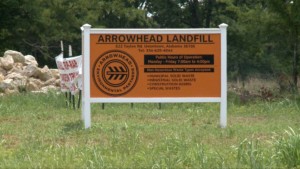 Lingering concerns over the disposal of coal ash at a Perry County landfill has re-ignited the debate about the health risk coal ash poses to residents.

Arrowhead Landfill in Uniontown has disposed of millions of tons of coal ash over the past 10 years and County commissioner Ben Eaton says that’s enough.

He wants to ban coal ash from being dumped in Perry County ever again.

“The permit runs out at some point and time therefore if we have a choice to stop it we have an opportunity,” said Eaton.

Eaton has proposed a resolution to the commission banning the disposal of coal ash at the landfill.

He says its a matter of public safety.

However, not everyone on the commission is in agreement about the health risk it poses.

So, he proposed a second resolution that would ban any toxic substance from being disposed at the landfill.