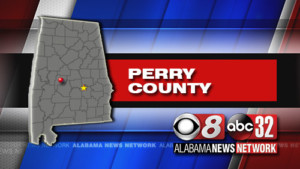 The Attorney General’s Criminal Trials Division presented evidence at trial that Green fired a high-powered, scoped bolt-action rifle at a member of an Alabama State Trooper Tactical Team that had come to serve a search warrant at her home. The search warrant arose from an investigation into allegations that Green was involved in a plan to kill a Fourth Judicial Circuit Judge and a Special Agent of the Attorney General’s Office. After her arrest, Green told law enforcement officers that, “If I knew how to work that gun, I would have shot y’all up.”

Green was sentenced to 30 years’ imprisonment, and subsequent attempts to have her conviction and prison sentence reversed on appeal have been rejected by the courts. The Attorney General’s Criminal Appeals Division handled Green’s case during the appeals process, including Green’s present petition to overturn her conviction and sentence. The circuit court denied that request in a decision issued July 2.

The Latest: Broadcasters highlight their role in pandemic

Virus Deaths in Alabama Surpass 550 With New Rules in Effect