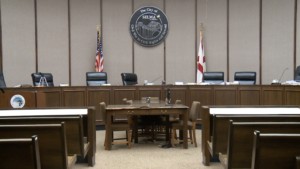 The Selma City Council has passed a vote of ‘no confidence’ against Mayor Darrio Melton.

Four of the eight council members present at Tuesday night’s meeting voted in favor of the measure — while the other members abstained or passed on the vote.

He says the fact that there were no votes cast in support of Melton shows that council members have no confidence in the mayor’s leadership.

“We want the citizens to know how we felt, cause the citizens want to know about what’s going on in our city,” said Randolph.

“This was a time for the council members to speak up. If you for the mayor and you think he doing a good job, let him know, but the majority voted that we not with him.”

Alabama News Network contacted the Mayor’s office for a comment about the vote but did not receive a call back.

Melton and the council have been at odds for months — over the city treasurer — the police chief — and the more than sixty city workers who were laid off last year.