Selma Man Gets Life Sentence in 2016 Murder of Lowndesboro Man 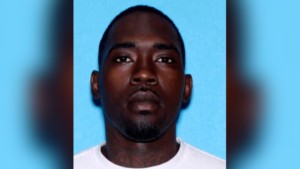 A Selma man is sentenced to life in prison for the 2016 murder of a Lowndesboro man.

He says Hall was convicted of murder, attempted murder and discharging a firearm into an unoccupied vehicle back in May.

“Jermaine was playing some cards with some other guys and Vadarius Hall and some others drove up and Hall started talking about Tarver’s gold teeth and Tarver didn’t appreciate it. That lead to them arguing and at some point when Jermaine was leaving, Vadarius Hall pulled a gun out and started shooting,” said Jackson.

Hall was sentenced to life in prison Tuesday.

Jackson says co-defendant Ladarius Dees is set to stand trial on similar charges in the case in the coming weeks.