There’s growing concern about foul ball safety in baseball stadiums across the country.  Already this season, multiple fans have been injured by foul balls at Major League games. 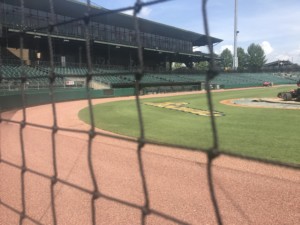 The protective netting at Riverwalk Stadium extends to the end of the dugout protecting the majority of seats.  That was recommended by Major & Minor League Baseball, but Biscuits Chief Operating Officer Brendon Porter says it could change in the future.   In the meantime, he says everyone needs to be aware of distractions at the ballpark, especially when kids are around.

“We know they’re not always going to be looking at the field but we try to make sure they’re behind the netting, and if they’re out in other areas just try to be heads up as much as you can,” Porter explained.

Porter says there have been no serious fan injuries from foul balls at Riverwalk Stadium this season.