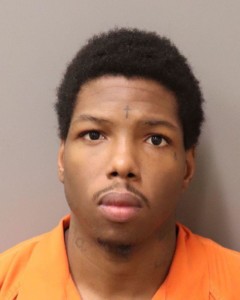 In the early morning hours of December 21, 2014, Reed got into an argument with Thompson at the Citgo Station on Day Street. Reed produced a handgun and chased Thompson around the parking lot, firing multiple shots at him. Reed shot Thompson in the back of the neck while standing over him, killing him.

Reed faces 20 years to life in prison for the murder. He will be sentenced on August 15.

District Attorney Daryl Bailey expressed his appreciation to Deputy District Attorneys Scott Green, Damon Lewis, and Ty Taylor for their outstanding work. He also thanked Investigators John Wilson and John Brown of the District Attorney’s Office, and Sgt. A. Gorum of the Montgomery Police Department for their work in the investigation of the case.

District Attorney Bailey said he was very pleased with the verdict and is glad the victim’s family finally received justice.

“This senseless violence that has plagued our city needs to stop. How many times do we have to send the message that violence will not be tolerated?” District Attorney Bailey asked.

“Our young people desperately need to be taught conflict resolution skills before another senseless murder happens,” he said, noting both Reed and Thompson were 16 at the time of the murder. “Because of something foolish, a mother has had to bury her child and another mother will lose her child to the prison system for the rest of his life.”

The Latest: Michigan State LB and OL opt out of season