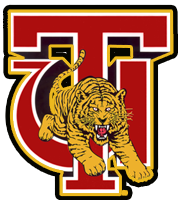 A white professor at historically black Tuskegee University says he’s suing the school, claiming he’s been denied the salary he deserves because of discrimination.

He says he gets an associate professor’s salary despite being a full professor since 1980. He says he’s asked for a raise at least 12 times. His lawsuit claims age and race discrimination.

The university has yet to comment on this lawsuit.