New Phone Scam Involving Bank to Look Out For 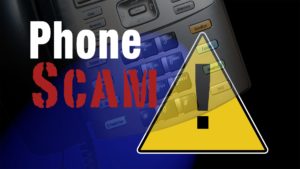 Each year about 24 million Americans fall victim to phone scams. And now an elaborate new con has people believing their bank is preventing a problem when, in reality, it’s a criminal looking to steal money.

Candace Terrell says it started with a simple text that read in part, “did you attempt $2,900 on your card?”

The text notified her about potentially fraudulent activity on her bank card. Then seconds later, her phone rang and the person calling said he was with her bank.

The man told her the bank was there to help her and that since they’d caught it pretty quickly they wanted to put a stop on the card, close it, and freeze it out.

Terrell says he had her address, the last four digits of her card, and even the number on her caller ID matched her bank’s number.

Terrell didn’t see any red flags that it was a scam. “He said, ‘I’m going to transfer you over to an automated line, it’s going to prompt you to enter your pin number.'” As soon as she did that, the con artist had access to her account and took out $2,300. Terrell’s bank did reimburse her for the stolen cash.

Cyber security expert Scott Schober says that cons can actually spoof a number to make you pick up the phone. Schober says scams are getting more sophisticated. He says a scammer can easily download a spoofing app and then pose as your bank.

Schober says the best thing you can do is question everything. Know your bank and how it handles fraud alerts so you don’t fall victim to a scam.

Schober says it’s very difficult for police to catch these criminals because the crimes are almost always untraceable.

Categories: News, On Your Side
Tags: Banks, phone scam